Small and beautiful, Κithnos is a Greek island in the Western Cyclades between Kea and Serifos. It has more than 70 beaches, many of which are still inaccessible by road. The most magnificent is the crescent-shaped isthmus of fine sand at Kolona.

The island has two significant settlements, the village of Messaria or Kythnos, known locally as Chora, and the village of Dryopis or Dryopida Dryopida , also known as Chorio. Both villages are notable for their winding and often stepped streets, too narrow for vehicular traffic. The villages are very picturesque but in different architectural styles. Chora has the more-typical flat roofs of the Cyclades, while Dryopida’s rooftops are slanted and tiled. Chora is also notable for its large Greek Orthodox Church.

There is also a growing coastal settlement called Kanala on the east side of the island, and many of the larger beaches are settled by a handful of residents. Aghios Dimitrios, at the southern tip of the island, is a mostly modern settlement, with small vacation houses dotting the hillside above a wide beach that is dotted with sea daffodils. On the northeast end of the island lies Loutra (pop. 81), a village famous for its thermal springs, which are said to have curative properties. Although the large tourist hotel there has been closed for several years, the bathhouse is still functioning and visitors may soak in its marble tubs for a modest fee.

The port town is called Merichas, its population significantly fluctuating during the year. Before the 1970s, there were no year-round residents in recent history. Today, there is a growing year-round population, and, especially during the peak of the summer tourist season, the town becomes quite busy.

Merihas is connected to Piraeus and to Lavrion by ferry boat, and the ride takes one to four hours, depending on the speed of the ship and the weather. Construction of a new mole began in 2005 to accommodate larger ferryboats and was completed in 2008.

Kythnos was until recently considered to be one of the last Cycladic islands unaffected by the impact of tourism, but this is inexorably changing. Still, the island has not yet been overdeveloped, and in the more remote areas of the villages, traditional ways live on relatively unchanged.

Due to its proximity to Athens, Kythnos has become a fashionable setting for vacation homes, in addition to being an accessible destination for foreign visitors. Besides its numerous beaches and picturesque villages, it also is the site of one of the largest caves in Greece, Katafiki Cave in Dryopida. This cave, first visited in the 1830s and described by the geologist Fiedler, has unique “schratten” or rock curtains, as well as speleotherms. It was the site of an iron mine until 1939 and has now been developed as a tourist attraction.

Epidaurus: The most wonderfull theater of Greece 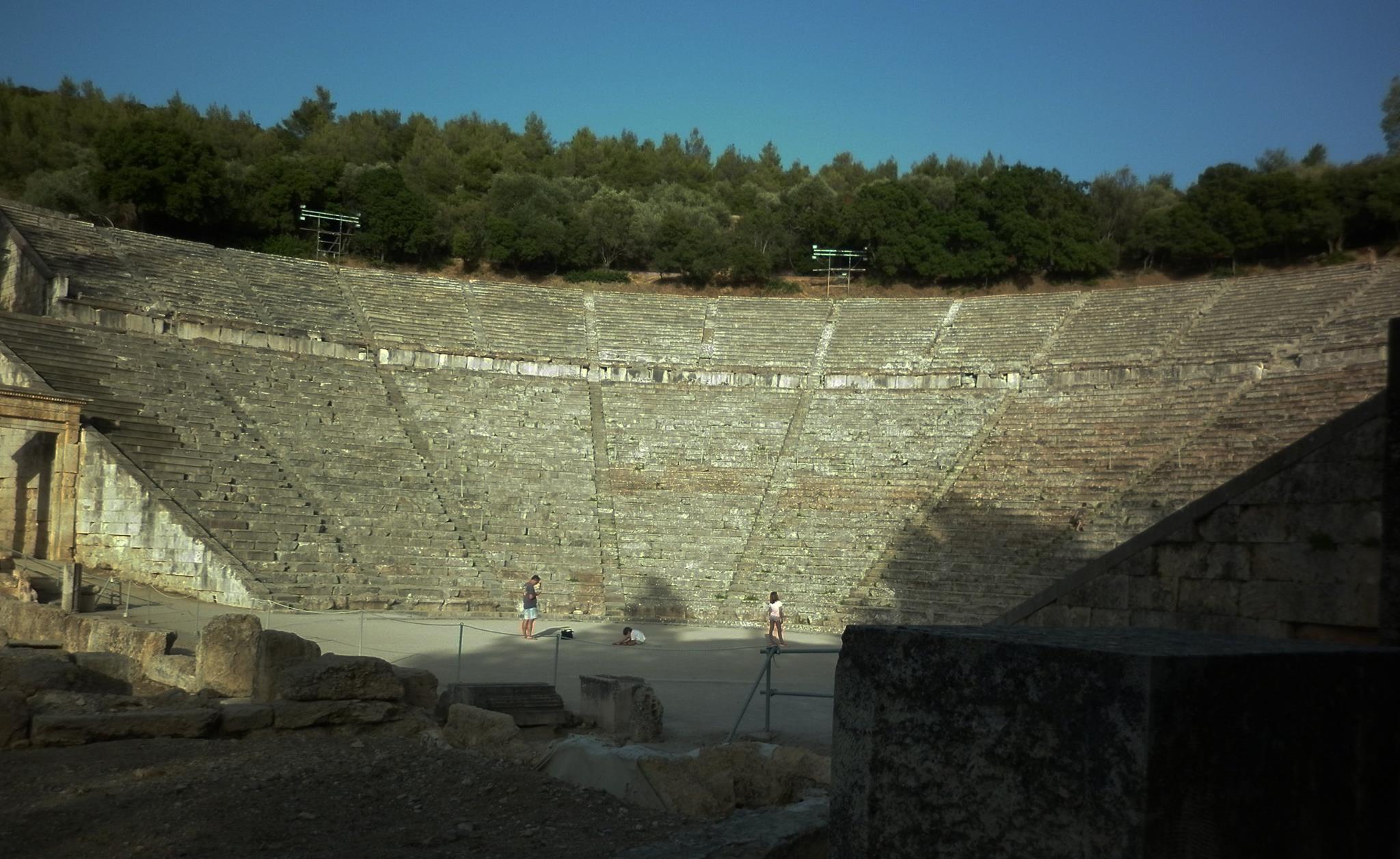 Epidaurus: The most wonderfull theater of Greece